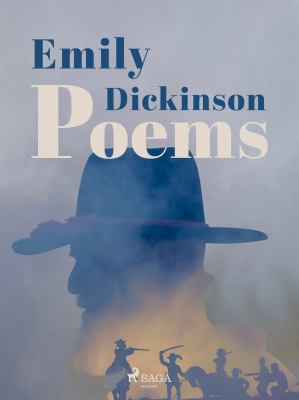 Innehållsbeskrivning
Dive into one of the most important figures in American poetry, Emily Dickinson’s iconic collection. Characterised by three distinct periods, a sentimental tone lies in her work dating up to the American Civil War, followed by her most creative period and finally rounding off with her last notes before her death in 1886. A major influence on film, music and culture today, fans of Apple TV+’s ‘Dickinson’ series and the 2016 biographical film ‘A Quiet Passion’ can revel in her sometimes flowery, more often than not morbid and occasionally religious observations of life and love in 19th century America.Emily Dickinson (1830-1866) was an American poet, celebrated today as one of the most influential figures in American poetry. Although much of Dickinson’s work was not uncovered until after her death, she is remembered as an eccentric and prolific writer, producing close to 2000 poems. Her work spans themes of death and immortality, along with society, nature and spirituality. Pushing the boundaries of literary trends, she crafted poems with unconventional punctuation and atypical wording. Snappy and rhythmic, her work tended to fit the melodies of folk songs. Dickinson remains today a pivotal figure in American culture, with Apple TV+’s ‘Dickinson’ series ideal for literary buffs looking to learn more about her life. [Elib]